Oh, c’mon. It seems like we’ll be flooded with lots of Apple products in the coming year(s). The folks at 9to5Mac have been digging into the Apple TV file system and guess what?
They found a proof of possible Apple products refreshes in the future.

The image above shows device references as follows:

We can recall that Boy Genius Report had also dug into the iPad’s firmware and found out this: 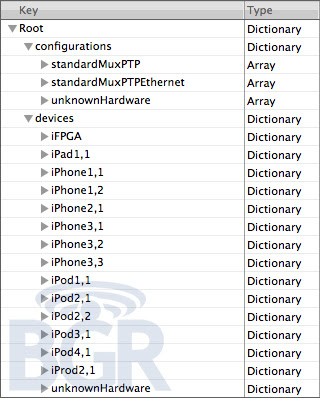 The iProd2,1 could be another iPad as the iProd actually refers to Apple’s tablet device. That’s a bunch of gadgets, isn’t it? If all of these hints are for real, I think it should be a win for Apple if all of these come with great developments. What can you say about this?