Share this on social:
With so many devices being showcased at the on-going IFA electronics trade show in Berlin, Germany this week – this new comer in the Ultrabook market shouldn’t be missed out. 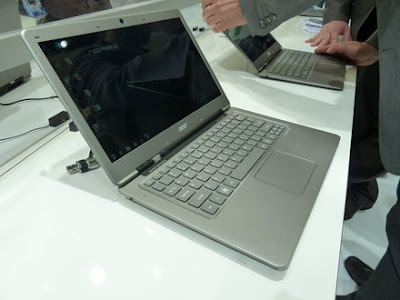 Yeah, the tech arena now calls this new type of laptops as Ultrabooks, technically because of its ultra-fast performance, ultra-light, and ultra-thin form factor.

The new Acer Aspire S3, which was previously leaked as Acer Aspire 3951, beyond any doubt belongs in this category. After looking at the spec sheet, I thought Acer just have another copycat of Apple’s MacBook Air. But no, Aspire S3 is irrefutably stunning afar from the entire hardware as Acer also puts on its own technology to achieve more advanced “Ultra” features. 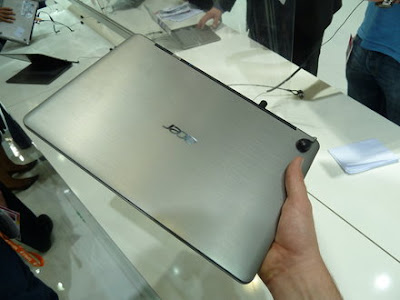 First up is Acer Green Instant On, in which according to the Taiwan-based PC maker, “delivers ultra-fast responsiveness, energy efficiency and enhanced power management”. This new feature provides two sleep modes from which the Aspire S3 responds with surprising speed. On its own benchmark test, the Aspire S3 will resume in a mere 1.5 seconds from sleep mode; and from Deep Sleep (mode after an inactive period set by the user), it resumes in 6 seconds. With these energy-conscious innovations, Acer said the Aspire S3’s battery life lasts up to 50 days!

Next up is Acer Instant Connect, in which as the feature speaks, provides access to the internet instantly – that is, in just 2.5 seconds using the IE9 browser. Of course it’s only possible when connecting to the web with previously used access points. 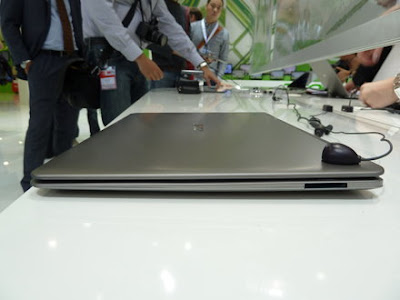 With the thin, light, sturdy, and aerodynamic design of Aspire S3 at 1.3cm, Acer also managed to layout the internals to lessen heat dissipation on this machine, which is among the most common discomfort when using a laptop.

For the hardware, the Acer Aspire S3 will be available in all variants of Intel’s 2nd generation Core i-Series ULV (ultra low voltage) processors (i3, i5, i7), 4GB RAM, and will be packed with 240GB SSD. But unlike the MacBook Air, this Ultrabook has an option to use the traditional HDD with embedded SSD, either 320GB or 500GB. It will also bring great audio experience with Dolby Home Theater v4, as well as the latest wired and wireless technologies.

Acer has already released the Euro price of Aspire S3 (between €799 and €1199); however, local price is still yet to be known. Surely, we’ll uncover that one here in the Philippines. Aspire S3 will start shipping in select regions this month, followed in the rest of the world in October.

To receive latest technology updates, you can subscribe either by E-mail or by RSS Feeds. Follow me also on Twitter.
Tags: Acer, Acer Aspire, Aspire+S3, Ultrabooks

Android 4.4 KitKat Update for Galaxy S4 May Roll Out Today!