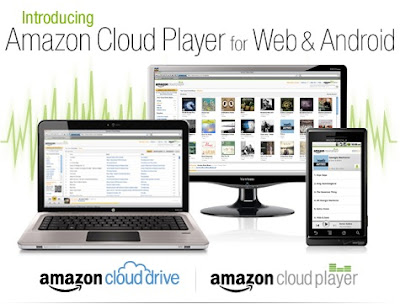 The new services will be available only to US Amazon customers though, in which they can securely store music in the cloud and have it played on any Android-based smart phones, Android tablets, Mac, or PC – anytime, anywhere.

With Amazon Cloud Drive, customers can upload and store digital files including music, photos, videos, and other documents from their computer, starting with 5GB of free storage space; and an upgrade to 20GB of Cloud Drive storage is available once a purchase of any Amazon MP3 album is completed. Amazon also says new purchases of Amazon MP3 saved directly to the Cloud Drive will be stored for free, and won’t count on the given customer’s storage quota. Fair enough, huh.

South Korea to Launch 5G Network by 2020, Fast Enough to Download a Full Movie in 1 Second