Share this on social:
Squawk! One for the best decisions the Angry Birds developer, Rovio, has ever made to continue dominating the casual game arena is to expand support to other platforms other than Android and iOS.
Yesterday, the Angry Birds team announced the availability of the game at the Intel AppUp Center for those who want to play it in the comfort of their netbooks or laptops. 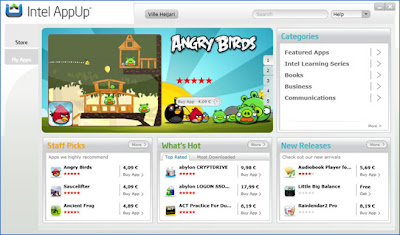 The new version works both in Windows XP and Windows 7 with some enhancements not found in Android and iOS versions.

The game initially includes 195 levels packed with hours and hours of gameplay. Customers can expect free updates and additional levels to the game. In addition to this, there will be unique enhancements not found in the mobile version, free of charge.

Originally priced at $9.99, Rovio is offering the game for a limited time a special promotional price of $4.99. If interested, just hit this link to download the Intel AppUp client as well as the Angry Birds game.