Share this on social:
CTB readers and friends, meet Arjohn Gilbert — a Filipino of Aeta tribes who is now just few steps to stardom after getting much attraction in social networking sites for showcasing his musical talents. 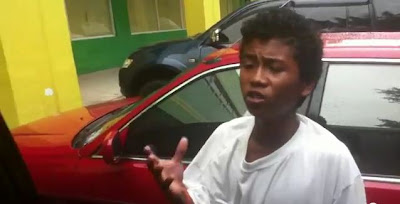 Arjohn Gilbert, a native of Mabalacat, Pampanga, is a young lad who sells flute for a living to tourist passerby in the grounds of Clark. Arjohn, who definitely can play the musical instrument he’s selling, is also has a God-given talent in singing. Though I must say that there are some areas that need to be tweaked, he can actually sing in his own RnB-tone voice. In fact, when one of his videos was uploaded to YouTube, it has already received more than 1-million views and still counting.

Distinguished by his own race, Arjohn Gilbert is now one among the most-talked personalities in the internet today. It might be surprising for some; but he actually has been discovered in 2009 and once appeared on GMA 7 through its Saturday program Kapuso Mo, Jessica Soho.

But it was just last night when he appeared again on GMA’s rival network ABS-CBN Sunday show Gandang Gabi Vice.

And while the Filipino community still can’t get over after last night’s show, Arjohn Gilbert is still one of the top trends in Twitter as well in Philippine Yahoo! search. 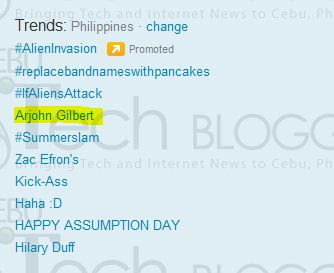 Now the big question is — will Arjohn Gilbert soon be selling albums rather than just flutes? Well, if he’ll be given a longer break, I guess so. Let’s just see while his journey to stardom continues…

To receive latest technology updates, you can subscribe either by E-mail or by RSS Feeds. Follow me also on Twitter.
Tags: Arjohn+Gilbert, Featured+Videos, Viral and Trending

Speak Up Against Negative Cyber Use in 2012!