Share this on social:
Cebu Enthusiasts came face-to-face for a Showdown at the Asus Ultimate Overclocking Show…

Cebu’s finest overclockers (OC) pushed the limits of their hardware during the first big OC event in city – the ASUS Ultimate Overclocking Show – held at SM City Cebu Entertainment Plaza on May 23 from 2 to 6 pm.

Hosted by Ryan Yu, who is also the host of the TV show “TechIsland” – the OC Show was the highlight of the two-week Asus Ultimate PC Fair. 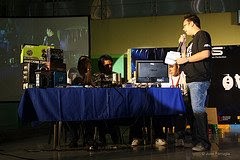 Before, most OC shows and competitions in Cebu were only done online or in small i-cafes, but recently, Asus brought the event to the city, live! Two teams from the region, each composed of four OC enthusiasts and record-breakers, shown off their skills in both the latest AMD and Intel Platforms to get as much as P50,000 worth of token cash and hardware.

Each team tried to outdo each other in the following categories:

Since overclocking is a means of tweaking your computer hardware to function above its original specifications, there was a need for the best performing and most efficient hardware during the showdown. 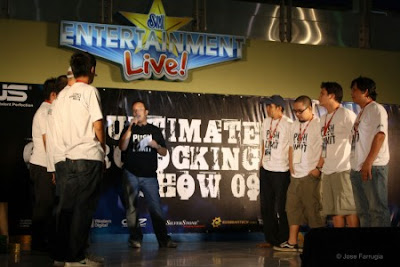 The Overclockers – Cebu Xtream and Sugbo Elite
from istorya.net

Asus, the world’s no. 1 motherboard manufacturer, provided the teams with top hardware such as the latest Intel Core i7 board – Rampage II Gene and the OC record-breaking AMD-based motherboard, M4A79-T deluxe. The teams also used the latest graphics cards from the brand such as the ASUS EAH4890 and ASUS ENGTX285.
The Asus Rampage II Gene is part of Asus’ Republic of Gamers (ROG) series. As the name suggests, all R.O.G products are made to provide the best performing solutions for serious gamers and overclockers. Rampage II GENE echoes this as it boasts premium features such as MemOK! for worry-free memory upgrades, CPU Level Up for easy system performance boosts, and onboard SupremeFX X-Fi for true-to-life surround sound in a compact mATX form.

Viewers did not go home empty-handed, as Asus also gave away cool gadgets to lucky audience participants during the Asus Q & A.