The website of Bank Of America is down all morning today and still not loading- the very first of the year 2010.
According to Business Insider, the website for Bank of America has been malfunctioning all morning. After a long load time, the result is “page not available”.

For those who are trying to access their accounts on January 29th 2010, can notice that the www.BankofAmerica.com is not accessible as shown on the image below. 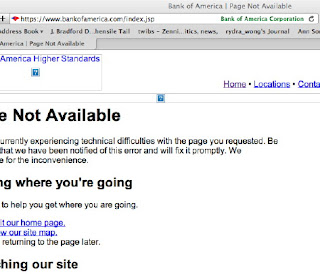 No official statement has been released yet as of this writing.