Share this on social:
Research in Motion at its Asian Developers Conference in Singapore has rebranded its next generation mobile platform as BlackBerry 10, well, following a trademark suit. 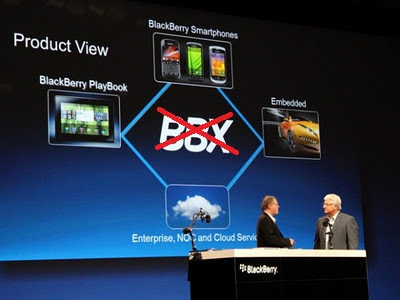 Announced back in August, the BlackBerry BBX is supposedly RIM’s new platform to be deployed to its upcoming smartphones and tablets; however, just less than a week following the announcement – a software company of Albuquerque, New Mexico, Basis International, is said to have filed a temporary restraining order for a trademark dispute. It turns out that Basis actually had registered through the U.S. Patents and Trademark Office the BBx (that’s small ‘x’) trademark for a software it sells; and Basis feared RIM’s BBX platform may cause confusion among BBx software users.

Though RIM argued before the court that its use of BBX at the Asian DevCon “would have insufficient impact on commerce in the U.S. to justify an injunction as the conference was targeted at customers in Asia” – still, the US Court for the District of New Mexico agreed Basis’ claims; thus legally and officially barring RIM from using the brand.

Nevertheless, the Canadian phone maker sticks to its very own brand for the next-gen OS, which is expected to bringing the bests of BlackBerry and QNX platforms.

“The BlackBerry 10 name reflects the significance of the new platform and will leverage the global strength of the BlackBerry brand while also aligning perfectly with RIM’s device branding,” RIM said.

So there you got it. No more BBX, just BlackBerry 10. At least for end users, it’s just the name that has changed, right? It would still be the same platform after all. [via]