Share this on social:
Wait no more, BlackBerry fans! Almost three months since the official release in Canada, the new BlackBerry Bold 9780 is officially here in the Philippines. 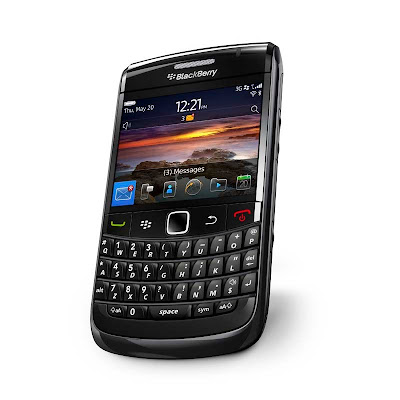 And if you were not tempted with that sexy Torch because of its steeper price, this bolder and sweeter genus of RIM’s BlackBerry Bold handsets, lusting BlackBerry 6 OS in a 2.4-inch display could be a better choice. Though there’s no official pricing posted in the PR, a wilder presumption would be in the range of Php 22K to Php 24K. But anyway, we’ll let you know once our favorite Telcos post their plans for BlackBerry Bold 9780. Want it cheaper? Let’s say “Hi!” to Globe Telecom, Smart, and Sun Cellular.

BlackBerry Bold 9780 is the first model in the Bold series to run the latest BlackBerry 6 OS, and for you to take a glimpse the new features and interface, hit the video after the break.

RIM Introduces the New BlackBerry Bold 9780 Smartphone in the Philippines

Gregory Wade, Managing Director of Southeast Asia, RIM, said: “The BlackBerry Bold 9780 is a powerful and feature-rich smartphone with an exceptional keyboard and a compact and stylish design. It comes with the popular new BlackBerry 6 operating system and delivers a truly outstanding mobile experience. We are confident that the BlackBerry Bold 9780 will be well received by customers in the Philippines.”

The BlackBerry Bold 9780 offers a compelling blend of features, performance and design. It supports 3G networks around the world, as well as Wi-Fi® connectivity and GPS for location-based applications and geo-tagging. Its 5 MP camera comes with a full complement of high-end features including continuous auto focus, scene modes, image stabilisation, flash and video recording. The BlackBerry Bold 9780 also includes 512 MB Flash memory and an expandable memory card slot that supports up to 32 GB of storage.

The new BlackBerry 6 operating system retains the familiar and trusted features that distinguish the BlackBerry brand while delivering a fresh, approachable and engaging experience that’s powerful and easy to use. It integrates a new and rich WebKit-based browser that renders HTML web pages quickly and beautifully for a great browsing experience. The browser offers fluid navigation using the handset’s optical trackpad, includes tabs for accessing multiple sites simultaneously and provides a zoom feature that can intelligently auto-wrap text in a column while maintaining the placement of a page’s key elements for easier viewing.

Additional features of BlackBerry 6 include expanded messaging capabilities with intuitive features to simplify the management of social networking and RSS feeds (Social Feeds), and integrated access to BBM™ (BlackBerry® Messenger), Facebook®, Twitter™, MySpace™ and various instant messaging applications on the BlackBerry Bold 9780 smartphone. Its enhanced multimedia experience rivals the best in the industry and includes a dedicated YouTube app. It also features redesigned Music and Pictures applications and a new universal search feature that allows users to more effectively search for content on the smartphone as well as extend their search to the Internet or to discover applications on BlackBerry App World™.

The BlackBerry Bold 9780 smartphone is now available from carriers and authorised distributors in the Philippines. For more information, please visit this link

Android Jelly Bean Could Be Next to Ice Cream Sandwich