Share this on social:
Those Blackberry fans who have been waiting for the latest Bold handset from RIM, here’s good news for you. 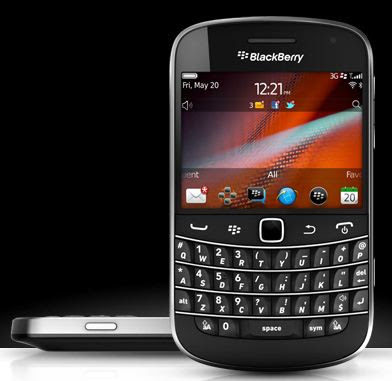 We got a word the BlackBerry Bold 9900 will be available here in the Philippines next week, October 7th with a suggested retail price of Php 31,690.

Announced back in May, the BlackBerry Bold 9900 shares the same hardware specs with the BlackBerry Bold 9930 except that each supports different wireless networks. The latter is a CDMA device while the BB Bold 9900 is GSM-based handset with support for HSPA+, so it can leverage existing HSPA+ coverage in the country either on SMART or Globe Telecom.

The BlackBerry Bold 9900 is also among the new handsets from RIM to carry the Canadian phone maker’s latest BlackBerry 7 OS. The Bold 9900 flaunts a 2.8-inch capacitive touch screen display and full QWERTY keyboard. Packed with 768MB of RAM and is powered by a processor ticking at 1.2GHz, this handset also got 8GB on-board storage, 5MP camera capable of HD video recording and playback, NFC support, and 1230mAh battery which is a standard power source for high-end smartphones.

So any BB Bold users here are planning for an upgrade?