Share this on social:
I keep on checking SMART’s pre-order page for BlackBerry PlayBook since this morning, but it seemed the link we got from its press release is broken. 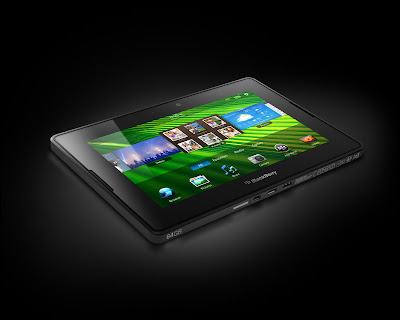 The last time I checked was probably just several minutes before I published this post. We are supposed to see the pre-order page on this link: www.smart.com.ph/bbplaybook. I’m thinking though Smart moved the page to another location or probably they left it unnoticed.

But anyway, at least we know by now that Smart Communications will be offering plans for BlackBerry PlayBook. The PR says pre-order of the unit will start today until August 17, 2011. Subscribers can get the PlayBook for free with a BlackBerry Pearl 3G 9105 at Plan 3000, or with a BlackBerry Torch 9800 at Plan 4000. Buyers will be notified by phone once the unit becomes available. Bundle offers are available on a 24-month contract.

The PlayBook was officially released here in the Philippines last Saturday, August 6th; with a suggested retail price just the same that of the Wi-Fi variants of iPad 2. You may read Smart’s full press release after the break.

Get the BlackBerry PlayBook from Smart

The tablet packs a powerful 1GHz dual-core processor and 1GB RAM inside a thin 0.4-inch chassis weighing less than a pound.

Internet in a Flash

The Web is a multimedia environment and one of the things that makes it so is Adobe Flash support, which comes standard on the BlackBerry PlayBook providing you the same rich Internet experience you get with a notebook or a desktop computer.

What’s more, the BlackBerry PlayBook comes with dual HD cameras for video capture that can record full HD videos (1080p) and for users to video-chat with other PlayBook users over Wi-Fi®.

You can also extend the capabilities of your BlackBerry PlayBook with access to a wide range of mobile applications that are readily available on BlackBerry App World™, the official app store for BlackBerry products. Choose from thousands of games and applications such as eBooks, social networking, productivity tools and more.

If you carry a BlackBerry® smartphone, you can benefit from BlackBerry® Bridge, a free app that can be downloaded on App World for the smartphone. Bridge lets you pair your tablet and smartphone (using a secure Bluetooth® connection) allowing you to seamlessly access your email, BBM™ (BlackBerry® Messenger) messages, calendar, address book, documents and other content on your BlackBerry smartphone and view it on the tablet’s brilliant, high-resolution, 7-inch display.

The BlackBerry PlayBook is available for pre-order from August 8 until August 17, 2011 from www.smart.com.ph/bbplaybook. Get it for free with a BlackBerry Pearl 3G 9105 at Plan 3000 or with a BlackBerry Torch 9800 at Plan 4000. Buyers will be notified by phone once the unit becomes available. Bundle offers are available on a 24-month contract.

Smart also offers services for BlackBerry smartphones in prepaid configurations to suit the needs of every user. BlackBerry Unlimited Data Plans are available for as low as P50 for one day of unlimited surfing or for as low as P35 a day for unlimited email and messaging.

For those into social networking services such as Facebook® and Twitter™, Smart also offers the BlackBerry Lite Social Bundle at just P35 a day.

The BlackBerry and RIM families of related marks, images and symbols are the exclusive properties and trademarks of Research In Motion Limited.

To receive latest technology updates, you can subscribe either by E-mail or by RSS Feeds. Follow me also on Twitter.
Tags: BlackBerry Philippines, BlackBerry PlayBook, Local Telco, Smart Communications