Share this on social:
Symbian^3 is the latest version of the mobile OS actively marketed by Nokia.

It first became available on Nokia N8, and is also the operating system that runs on later handset models like Nokia C7, Nokia C6-01, and Nokia E7. Symbian^3 is considered the major development of Symbian^1 or the 5th Edition of Series 60 platform, bringing new features over the latter which include Multi-touch input support, number of customizable home screen (3 vs. 1), support for 802.11n WLAN standards on top of 802.11b and 802.11g, USB on the go support, underlining spell checker, push notifications, support for OpenVPN, and among others. 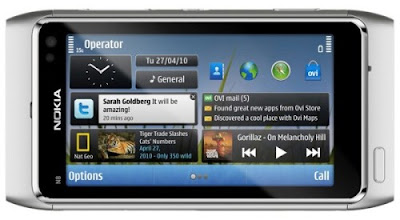 On my first impression of Nokia N8, I mentioned that having a longer encounter with Symbian S60 platform on my previous Nokia phone allows me to adapt easily with the Symbian^3 operating system. That’s because the Symbian OS has been is being designed that way. Once you’re used to older versions of Symbian, switching between devices which run on later version of the same OS is not really much of a problem. For those who haven’t played with Symbian^3 just yet may find it exciting to see how the entire user interface really looks.

Below is an embedded video I took awhile ago, though not really the best one, but just good to show every part of the Symbian^3 UI. Hit the video after the break and do let us know what you think about it.

10 New Features on OS X Yosemite Worth Checking Out!