As with the previous Firefox 3.6 Beta, Firefox 3.6 RC2 is still based on the stable version 1.9.2 of Mozilla’s Gecko layout engine. 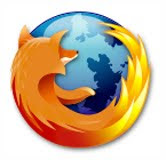 This is definitely faster for a better web browsing- more than three times as fast as Firefox 3 and 20% faster than Firefox 3.5. This means that Web applications like email, photo sites, online word processors and more will feel snappier and more responsive. Firefox 3.6 is available in 70 different languages with 9 localized builds in beta version.

Among the Top Features of Firefox are:

Awesome Bar
Find the sites you love in seconds (and without having to remember clunky URLs).

Easy Customization
Thousands of add-ons give you the freedom to make your browser your own.

Private Browsing
Surf the Web without leaving a single trace.

Tabs
Do more at once with tabs you can organize with the drag of a mouse.

Password Manager
Remember site passwords without ever seeing a pop-up.

Session Restore
Unexpected shutdown? Go back to exactly where you left off.

Personas
Instantly change the look of your Firefox with thousands of easy-to-install themes.

You can see the details of all Firefox 3.6 Features on Mozilla website where you can also download.

To get more updates on Mozilla Firefox, you can subscribe either by E-mail or by RSS Feeds.

HP TouchPad Tablet is Dead, but not webOS!