Share this on social:
Mozilla already released the final version of Firefox 7 a day before yesterday, just less than 7 weeks since it shipped Firefox 6. 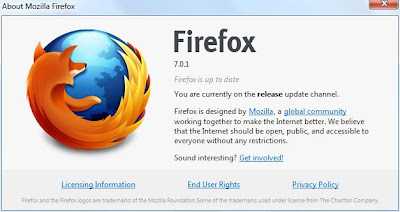 If you’re curious how Firefox 7 is more efficient in memory usage this time, you may check the results of Tom’s experiment below. You should note though, that this could only be true in Microsoft’s platform, particularly the Windows 7.

I must admit I stick to Google Chrome in Windows even when Mozilla introduced Firefox 6 last month, this time however it seems that’s going to change with Firefox 7. As an internet power user, it would make sense to always use what’s the best web browser, right? There are lots of factors to consider though, nevertheless – I would give Firefox 7 a try. Of course until another contender beat it on a variety of benchmarks in the future.

If you’re also interested of giving it a try, just refer to the direct download links below.

JailbreakMe 2.0 is Back to Jailbreak iPhone, iPod Touch, and iPad