Share this on social:
Microsoft has already posted the official download links of the Developer Preview builds of Windows 8 for those who want to take the current flavors of the OS. 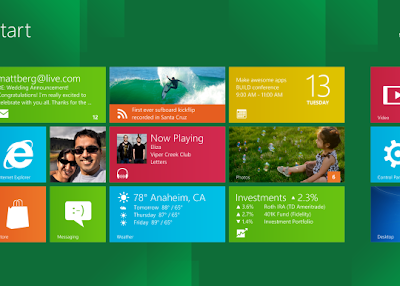 The Windows 8 Developer Preview is actually a pre-Beta version of the OS, showing off its features, pre-release software, and the entire build at its current stage. We’ve already seen several features of Windows 8 while being demoed at Microsoft’s Build Conference in California, and as some of you may already knew — system hardware won’t be a problem if you got one running Windows Vista or Windows 7. Windows 8 will seamlessly run on these earlier builds of Windows! Although the Developer Preview of Windows 8 is technically designed for developers, it doesn’t mean you can’t get it unless you’re a coder. The preview is actually available in 3 different packages – the 64-bit version with various developer tools, another 64-bit version with just an OS, and a 32-bit version of just an OS – so basically Microsoft is offering us an option. Great!

Anyway, as I’ve said earlier, you can still install Windows 8 on system that powers Windows Vista and Windows 7; and as a refresher, here are those minimum hardware that should be running in your computer:

And since Windows 8 is optimized with Touch functionalities, of course you’ll need a screen that supports multi-touch.

You should note however, that since this is still just a Preview version of Windows 8, it doesn’t guarantee 100% stability so you have to use it at your own risk. Nevertheless, if you want to give it a try, just head to this download page.

Bing Powering Yahoo! Search Results in the US and Canada