Share this on social:
It’s official! CTB just got a word that the commercial launch of iPhone 4S from Globe Telecom would be on December 16, 2011, Friday. 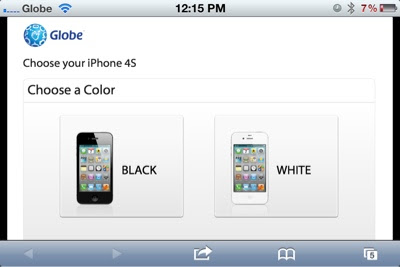 Globe said it would also make available the complete array of Apple mobile devices — from the iPhone 3GS to the iPad 2 — bundled with innovative plans.

Globe Telecom has already started taking pre-orders for iPhone 4S as early as December 1, 2011. We first learned of it just as a registration of interest, but from the press release we got an hour ago, it turns out it’s actually the official pre-order.