Official Facebook App for iPad? Not yet. Facebook preferred releasing an app that will work with over 2,500 different Java-enabled phones. 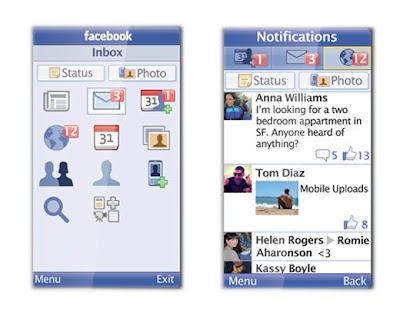 The app, called as Facebook for Every Phone, not only includes Facebook’s most popular features, such as News Feed, Inbox, and Photos, but also enables users to upload photos and find friends from the phone’s contacts. And the exciting part of this news is people will get to enjoy free access to this app for 90 days. Yes, you read it right. If you got a Java-enabled phones, you now have 3 months of free Facebooking! Sounds familiar? Well, this is actually a follow-up to the Facebook App for Feature Phones announced in January.

Here’s the catch though. The free data access to this new Facebook app is available globally; however, just to select carriers as listed below.

After the 90-day period, of course you’ll be charged by your carrier based on how long you use the app. Facebook said though that this app has been optimized to use less data than other Java apps or mobile sites, so I guess there’s less to worry about.

So if your carrier is listed above, you can download the app by visiting m.facebook.com and scrolling down to the download link, or by entering d.facebook.com/install directly into your mobile browser. Facebook for Every Phone app is also available in app stores, including GetJar, Appia, and Mobile Weaver.

Kudos to Facebook! Now you have another reason to fight back against Google+! [via]