Share this on social:
Following the release of JailbreakMe 3.0, Apple is expected to release iOS 4.3.4 to fix security issues on iOS 4.3.3.

As I mentioned on my earlier post, JailbreakMe 3.0 exploits what is known as a PDF hole in iOS. After jailbreaking any iDevices supported with JailbreakMe 3.0, users have to note that the PDF exploit remains unpatched and since it’s a known vulnerability – it makes easier for others to use for malice. That is for sure, Apple need to release a firmware update which will address the issue for the sake of majority of its users.

If you care for an untethered jailbreak on iOS 4.3.3 but don’t mind much regarding the security implications of running a vulnerable firmware (particularly those iPad 2 users since you have only JailbreakMe 3.0 to use for untethered jailbreak), of course that would convince you to choose the second option.

The main concern here really is security. And since the creator of JailbreakMe definitely knows that, he had already prepared a tweak that will patch the exploit. It’s called PDF Patcher 2.

PDF Patcher 2 patches the PDF vulnerability, hence the name, as used by JailbreakMe 3.0. It can only be installed in a jailbroken iDevice, of course; so if you’re much concern of security, here’s how to get it. 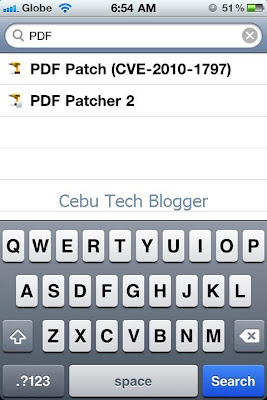 Launch Cydia, Search for “PDF”, and PDF Patcher 2 is there in the result. Tap on it to install and once you’re done, you’ll be asked to restart springboard. 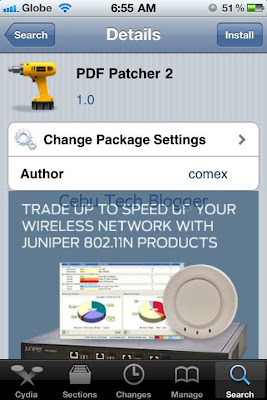 So that’s it, your device is now secure as far PDF hole is concerned. You can now forget about iOS 4.3.4, not unless Apple brings something new on it. Right?

iPhone Nano / Mini: Smaller and Cheaper iPhone in the Works?