Share this on social:
Globe user? I guess you’d like to hear this news; but is likely not as exciting as if there’s another new promo from the Ayala-led ISP. Not unless you’re among those who will benefit from this move. J 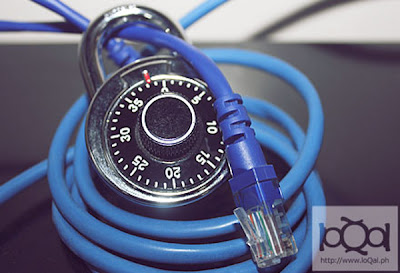 Though NTC dropped the proposal that will allow telcos to impose bandwidth cap– don’t show off that pleasant expressions just yet. Because Globe Telecom will apparently implement 1GB-a-day data cap of its broadband internet.

For those who don’t fully understand what a 1GB-a-day bandwidth cap means, just think you can’t download more than 250 of 4MB-size MP3 songs in a day, or that means less use of torrents in downloading movies, or perhaps streaming videos. Software updates? Games and apps download? That counts, too; and you definitely have to limit one.

According to Globe, of the total bandwidth available for its broadband internet, 80% of it is consumed by what it calls “abusive users” which comprise 5% of the total number of its subscribers. That leaves the majority of users, about 95% of the total subscriber base, to take their share on the remaining 20% of data. Ouch!

Well, that actually explains one point why would Globe have to go with data capping. With more than 1 million broadband internet subscribers to date, it makes sense to consider majority of the subscribers to enjoy higher quality of internet service, I just wish it would.

Though for others it may not sound the best approach, I think it could be a better deal if Globe can provide specifics of the minimum speed they can offer, given they already adopted that 1GB data cap on its Fair Access Policy. It’s like saying, NTC has to review again its draft, and look on possible scenarios what they can ask for users on telcos imposing bandwidth capping. What do you think? [via]

To receive latest technology updates, you can subscribe either by E-mail or by RSS Feeds. Follow me also on Twitter.
Tags: Globe Telecom, Local Telco, Tech News