Smart Communications is already done accepting pre-orders of the Samsung Galaxy Tab unlimited data plans. We already got the official price here in the Philippines, in which it will retail at Php 34,990. 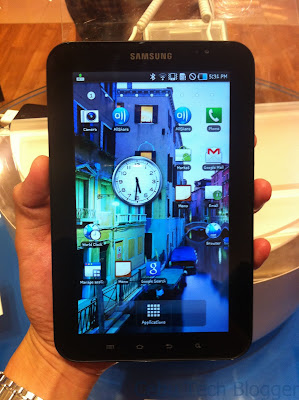 Now for those who already had the unit and want to stick with Globe Telecom’s internet service – here’s good news for you.

Globe is offering an unlimited internet plan (Globe Tattoo Plan 999 to be specific) for Samsung Galaxy Tab. The plan is “Line Only” which means you have to purchase the tablet from other retailers. Though I personally confirmed this one at the new Globe Concept Store in Ayala Center Cebu, the plan is actually available nationwide. 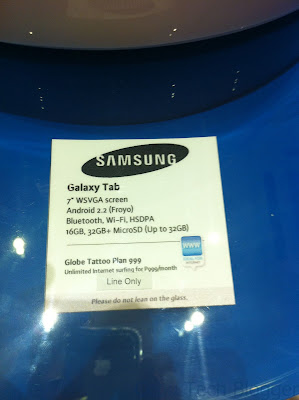 With Globe Tattoo Plan 999 for Galaxy Tab, you will enjoy up to 2 Mbps internet speed, Php 999 per month, locked-in 12 months. Now at least you have an option to select which unlimited internet plan is really the best deal for your Android-powered tablet. What ‘ya think?

I Think Globe Telecom Just Fooled Me, Or Everyone…