Share this on social:
Earlier today, Google announced a new innovation called Gmail Motion, a new way to interact with its email service through bodily actions.

Gmail Motion is said to utilize a computer’s built-in webcam to track human gestures and translate it into Gmail functions: from logging in, composing and sending messages, and etc. Could be a new way to always stay fit at work, too? I guess so.

Well, I know they can do it; but at least not now. Why? Check your calendar. Seems like the web drive into frenzy with the cool Gmail feature. But no, it’s Google’s April fools prank for this year. Unconvinced? Here’s what you get once you hit that button to try Gmail Motion. 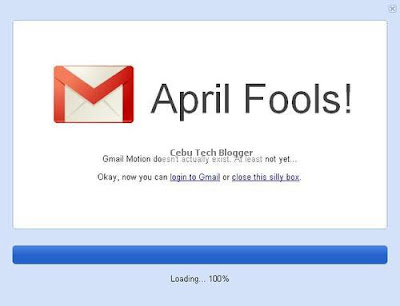 Nice try, Google. At least it’s more realistic than the Google Translate for Animals “thingy” you had last year.