Here we go, folks. Seems like Google is everywhere. From Google Buzz, to Google broadband.
Just today, Google said that it will start testing a new broadband network that will deliver more than 100 times faster than traditional broadband speed.

Yes, that’s 100x! A whopping 1 gigabit per second broadband speed. Though it’s not Google Wireless Broadband as others thought, it’s a fiber-to-the-home connections. Just imagine how fast your internet would be. 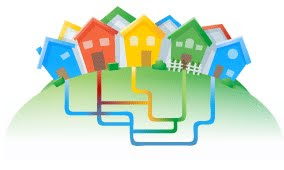 What that means to you? Well, if you are downloading a high-definition, full-length feature movie in an hour or two- you can download the full film with this Google Broadband internet in less than five minutes. This is just actually one of those what are in store of Google broadband.

Google is planning to build and test this ultra high-speed broadband networks in a small number of trial locations across the United States. So, if you’re not living in the US, you’re unlucky- though (just like me). Minnie Ingersoll and James Kelly, Product Managers of Google, added in a blog post that they plan to offer service at a competitive price (NOT free broadband!) to at least 50,000 and potentially up to 500,000 people.

Watch this video from Google.

You can learn more about Google Broadband here. Or, if you are living in the US and want to get involved- visit Google Fiber for Communities.

Philippines get another Banking Experience with CIMB’s ‘all-mobile’ Bank