Share this on social:
There’s a developing story here, folks. The search giant, Google, says on its official blog that its rival search engine owned by Microsoft is copying its search results on queries. 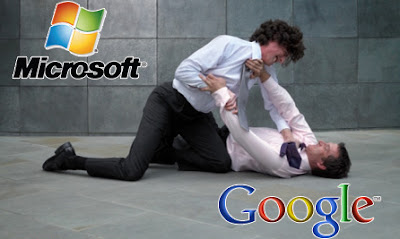 Google claims not into prejudice after they conducted an experiment that shows and proves their suspicions on the “silly” activity to be stronger. One of which is the creation of “synthetic queries” that returns no results at all. Google manipulated the results of those “synthetic queries” in which they inserted unique webpage for each query that has nothing to do with it; in other words, completely irrelevant result for a particular query. Google defines “synthetic queries” as something you can’t expect a user will search for it.

Surprisingly, if you search for the said keywords using Bing, the same webpages will appear on search results. Interesting!

Microsoft is denying the allegation saying that the software juggernaut is not copying Google’s result. However, Google insist that Bing could possibly been using other Microsoft applications that will allow it to acquire data as to what people search for on Google and which of the results the users click. An example of this application is Internet Explorer 8, which can send data to Microsoft via its Suggested Sites feature; or the Bing Toolbar which can send data via Microsoft’s Customer Experience Improvement Program. You can read more about this story at the official Google Blog.

To receive latest technology updates, you can subscribe either by E-mail or by RSS Feeds. Follow me also on Twitter.
Tags: Bing, Google, Search Engine, Search Engine Optimization

Find the Best Deal at SlickDeals.net