Share this on social:
That was fast! Really, really, fast! But despite being the newest in the list of web browsers, Google Chrome is among the best to bring great innovations in today’s generation of the internet. 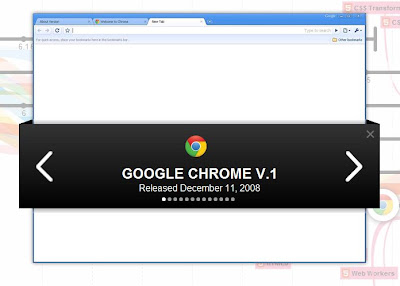 Chrome was launched as an open source web browser 3 years ago, well, by the search giant Google. The first beta version of Google Chrome was made public in September 1, 2008, and the first final version was released December 11th of the same year. Today, the Chrome browser is already on its 13th release, and Google says they would stick to its plan of shipping stable channel updates every six weeks. Impressive!

I’m honestly an avid Chrome user, so I extend my sincere appreciation to the open source community behind the Chrome project.

To CTB readers, whom majority are also Chrome users according to my Google Analytics, I encourage you guys to read this comic book about Google Chrome. Likewise, check this infographic to see the highlights in the evolution of the web. It’s an interesting read!