Share this on social:
Forget about that Thunderbolt look-a-like HTC Vigor as the first phone to bring Beats by Dr. Dre audio experience ‘coz it’s not. 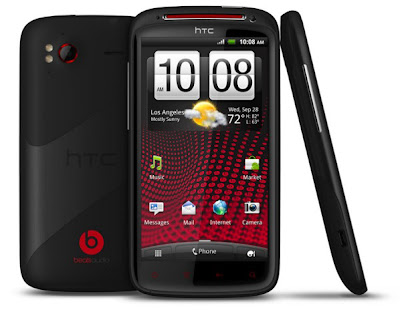 The first handset to feature Beats Audio has officially been announced straight from HTC’s Headquarter, and they are calling the device as HTC Sensation XE. And as you’d guess, HTC Sensation XE will carry the same hardware specs as the first dual-core smartphone of the company, except that it got a faster processor at 1.5GHz, which definitely more than just enough to power all your apps in Android Gingerbread. It flaunts the same 4.3-inch capacitive display; this time however, it’s more vivid with qHD resolution. Plus, there’s an option to add external storage up to 16GB through microSD, so you got plenty of space for your favorite multimedia files. And since this phone is expected to deliver Hi-Fi and studio quality audio on top of the powerful processor and vibrant display, HTC increased a few more Coulombs to HTC Sensation’s power source, this time with 1,730 mAh battery, so HTC Sensation XE won’t drain power that fast.

To receive latest technology updates, you can subscribe either by E-mail or by RSS Feeds. Follow me also on Twitter.
Tags: Android, HTC Philippines, HTC Sensation, HTC Sensation XE

Is the Transformer Pad Good for Gaming?