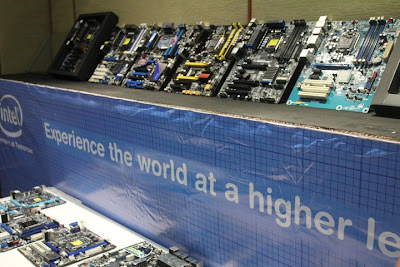 Held at Marriott Hotel in Cebu City last April 12th, the event showcased several laptop lineups and desktop motherboards from different OEMs, all powered by Sandy Bridge. First unveiled during the Consumer Electronics Show in Las Vegas back in January 3, the Sandy Bridge is the successor to the Nehalem micro-architecture based on 32nm silicon process.

Core i3, Core i5, Core i7 Processors: Nehalem vs. Sandy Bridge 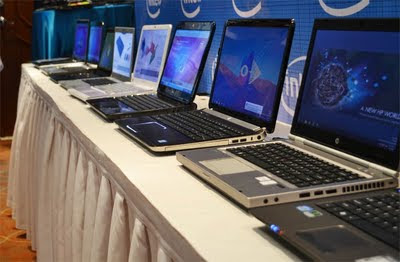 With previous micro-architecture Nehalem, Intel marketed the Core-i series of processors as Core-i3, Core-i5, and Core-i7, with representation of the performance level of each processor. Each processor is distinguished for entry-level (Core i3), mainstream (Core i5), or high-end (Core i7) consumer markets. Trying to prevent confusions between different level of users, Intel kept all existing brands from Nehalem in naming the new sets of processors based on Sandy Bridge micro-architecture. That is, we’ll be seeing Sandy Bridge processors on the shelves branded either as Core-i3, Core-i5, or Core-i7. One should note however, that all Sandy Bridge processors are technically built using a 32nm silicon die for both the CPU and integrated GPU.

Intel brings most of the common features of all Nehalem-based processors to Sandy Bridge like the integrated memory controller and DDR3 support, Turbo Boost Technology (only for Core-i5 and i7), Hyper-Threading Technology, and all other features built to optimize overall speed and performance.

Jermyn Wong, Market Development Manager for Intel Microelectronics Philippines, Inc. did several demos during the event, showing the new capabilities and features of computing device powered by Sandy Bridge, particularly the laptops. From the demos, the Sandy Bridge represents not just about speed and performance; but also the seamless visual experience features that comes with it. Sandy Bridge was designed with new and stunning visual experience in mind for today’s lifestyle. Among the new visual features built into the Sandy Bridge on top of the processor graphics integrated into the chip include:

The Cougar Point Issue is not a Problem Anymore

In late January, Intel found a flaw on the Sandy Bridge chipset codenamed Cougar Point in which the company issued a recall of all 67-series motherboards. Jermyn Wong reiterated that the hardware issue discovered didn’t point to the Sandy Bridge processor in any way, but only in the chipset built in the motherboards (You can read more about the story here). Wong added that Intel has already stopped the production of the flawed chipsets, and that new chipsets are already out in the market with a silicon fix. That means there’s less or nothing more to worry about the Cougar Point issue.

Laptop and desktop computers powered by Sandy Bridge are already available locally. In fact, I had spotted boxed desktop processors at the Gaisano-Interpace computer store prior to the Intel event here in Cebu.

To receive latest technology updates, you can subscribe either by E-mail or by RSS Feeds. Follow me also on Twitter.
Tags: Cebu Events, Intel, Press Coverage, Sandy+Bridge