Share this on social:
A question went through our inbox from a reader who just relies on Gevey SIM to unlock his iPhone.

Currently, his iPhone 4 is running iOS 4.2.1 with baseband version 2.10.01 and he’s pretty much concern if iOS 5 comes with a new baseband that can be unlocked with Gevey.

Well, this is serious question if you’re after of the iPhone unlock so I decided to publish this as a blog post, of course for the benefit also of those unlockers drooling for iOS 5 features yet being held by the fact that they can’t just upgrade to the latest firmware. 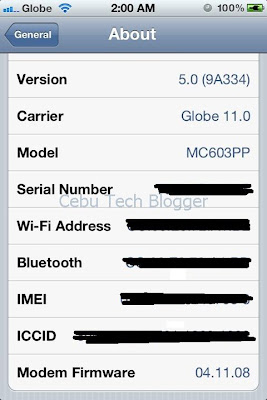 And as for the second concern whether the Gevey SIM can unlock this new baseband which comes with iOS 5 (4.11.08 to be specific for iPhone 4) – the answer is NO, at least for the time being. That being said, I personally advise you NOT upgrading to stock iOS 5 firmware through iTunes if you really care for the unlock.

But, that doesn’t mean you can’t get iOS 5. There’s actually a workaround (courtesy of the new versions of the Redsn0w and Sn0wbreeze jailbreak tools) which allows you to create a custom iOS 5 firmware and would preserve your current baseband; however, I will just cover it on a separate article.

What is Smartbro Surf TV?