Share this on social:
As previously announced, Apple will be launching its second-generation tablet, iPad 2, to 25 more countries today.
Originally, Japan was included on today’s launch schedule of iPad 2; however, Apple decided to delay the release in the region while the country and Apple’s team itself still have to focus on recovering from the recent series of disaster. 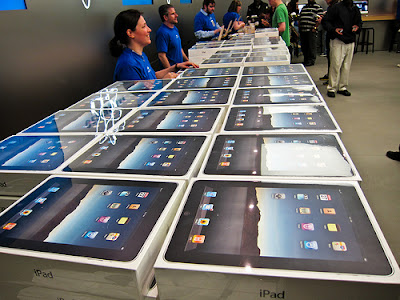 Apple also announced that iPad 2 will launch in Asian countries including Hong Kong, Korea, and Singapore comes April. No official words yet on the availability here in the Philippines.

CTB actually have some readers in the 25 countries listed above, and I’m wondering if you guys lined up to get your hands on Apple’s latest tablet? Oh, I wish you luck the entire inventory won’t hold up just yet!