Share this on social:
Just recently, Apple seeded the second beta of iOS 4.3 to developers and as expected- it doesn’t come with any support on iPhone 3G anymore.
This means that those who were able to unlock iPhone 3G at baseband 6.15.00 will have it for life.

Because there’s no 4.3 beta for iPhone3G, it’s effectively unlocked for life via the 06.15 ultrasn0w unlock

– said MucleNerd of the iPhone Dev Team via Twitter.

Though there is still the GPS issue on the device when using the iPad baseband 6.15.00; users need to downgrade the baseband of their device to earlier versions to fix the issue. The good news is it looks like the downgrade hack we’ve learned a month ago even became more imminent. MuscleNerd confirmed that they are working on a fix in which those iPhone 3G users at baseband 6.15.00 would be able to downgrade to baseband 5.13.04. 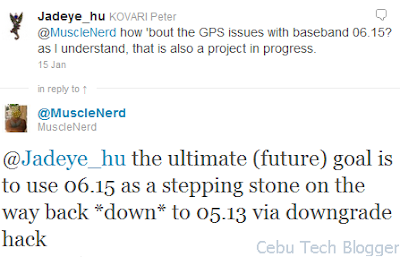 At least this would give another hope to our friends out there who are still using iPhone 3G, yet with compromised GPS functionality. Stay tuned folks as we’ll let you know once the Dev Team provides us updates on the workarounds on the said hack.

SMART Offers Unlimited Text to All Networks Too!