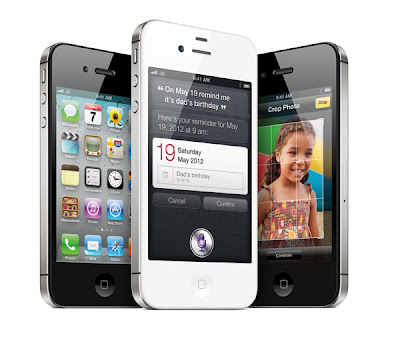 The iPhone 4S ships with Apple’s latest mobile OS, the iOS 5, and it’s the first handset from the Cupertino phone maker to rock an A5 chipset which packs a dual-core processor and a GPU promised to offer 7 times faster graphics performance than its predecessor. It also boasts an 8MP camera and a unique feature called Siri.

Priced in the US at $199, $299, and $399 (with 2-year contract) for the 16GB, 32GB, and 64GB variants, respectively; the iPhone 4S will also be pushed out to 22 other countries by the end of October – specifically: Ireland, Spain, Sweden, Denmark, Estonia, Finland, Belgium, Austria, the Czech Republic, Hungary, Italy, Latvia, Lithuania, Slovakia, Norway, Luxembourg, Liechtenstein, Netherlands, Singapore, Slovenia, Switzerland and Mexico.

Basically, the unlock iPhone 4S will include all the features of an iPhone, but without a contract commitment. Customers can activate and use it on any supported GSM wireless network in the world; however, such phone won’t work with CDMA-based carriers.

Here in the Philippines, the ETA of iPhone 4S still has to be known though; and so with the local prices for each model. Just in case you’re interested, we initially speculated the iPhone 4S will be available through Globe Telecom by late November or mid-December.