Last weekend, I posted some unboxing photos of the Lenovo G460 sent to me by Intel for review, and after playing with the notebook for about a week or two, I decided to publish the review today.

Lenovo G460 is one of the company’s Essential G-series of laptops that targets entry-level users with interest on Intel’s Core-i series processors. Like its G560 predecessor, Essential G460 is powered by an Intel Core i3-370M Processor at 2.4GHz, with Intel Smart Cache of 3MB, supporting DDR3 RAM at 1066 MHz. 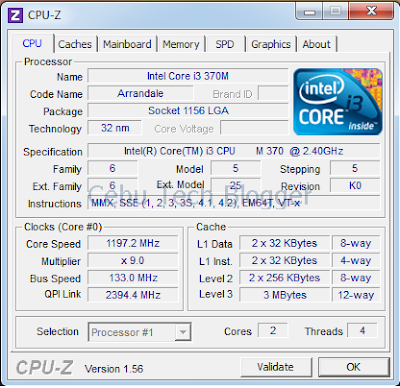 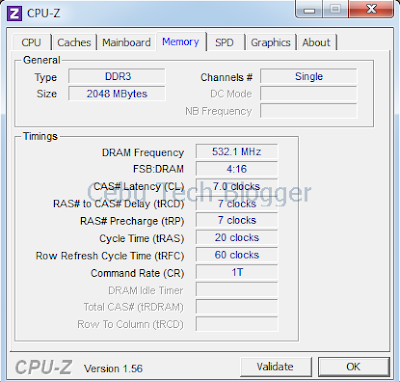 This G460 laptop is bundled with a 32-bit of Genuine Windows 7 Home Basic, but the system can also run a 64-bit OS. Though there are some Lenovo G460 that is powered by Core i5-460M/560M processors, this unit lent to me uses the i3-series.

The Hardware, Design, and Performance

Lenovo G460 weighs around 2.2kg with battery and is designed to have a full black color of the entire covering. 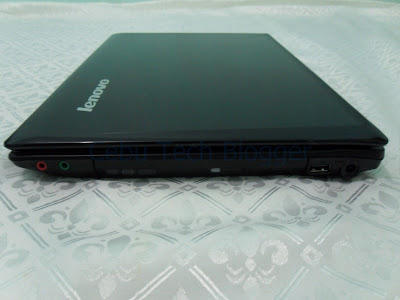 It comes with a 14-inch LED backlit LCD display for brilliant visual output, supporting a maximum resolution of 1366 x 768 at 16:9 screen formats. 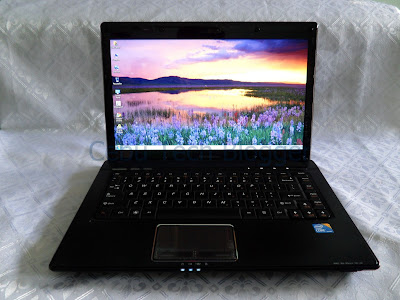 The rear part of the display has a sleek finish with diagonally-threaded double lines along the silvery Lenovo logo. 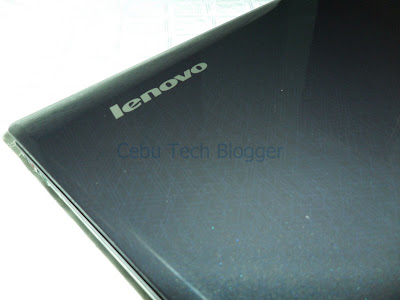 The shiny finishing is what makes the display easy to attract dusts. 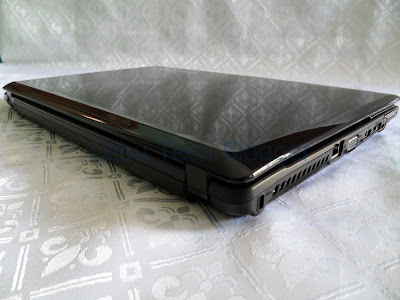 There’s an integrated camera located on the upper portion of the LCD frame which offers improved notebook experience for video-centric applications like video calling and recording. 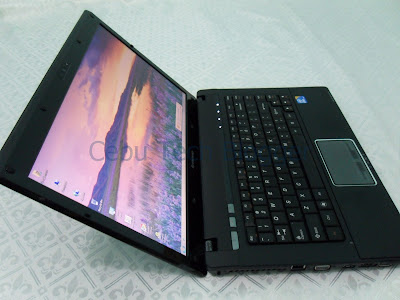 The first time you open the laptop, you can see the standard keyboard layout. On the lower portion of the keyboard is the 2.625-inch palm rest area with the rectangular film-covered touchpad at the center measuring 3.5 x 2.25 inches. 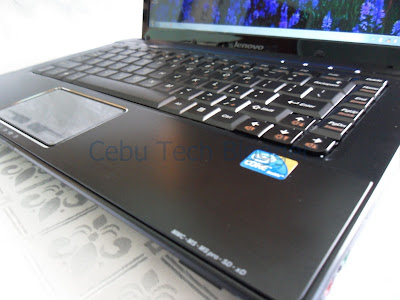 The touchpad is quite intuitive that you can use it for easy navigation of any opened window. Just below the touchpad is where you can see a row of small status indicators for power, battery, and WiFi connectivity. 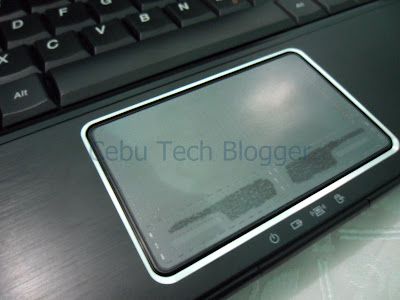 The palm rest is made of plastic in which the surface is more resistant. One thing I personally don’t like with the keyboard layout is the location of the Fn-key. 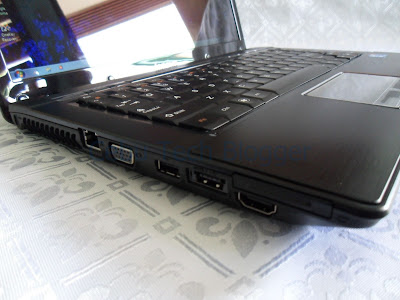 It’s positioned in place of the Ctrl-key which is quite confusing if you used to any other brands. Anyway, you will get to use it though – so not a big deal after all.

There’s a built-in microphone located on the lower-left corner of the keyboard area. The microphone has noise reduction and can be used for video conferencing, voice narration, or even just for audio recordings. 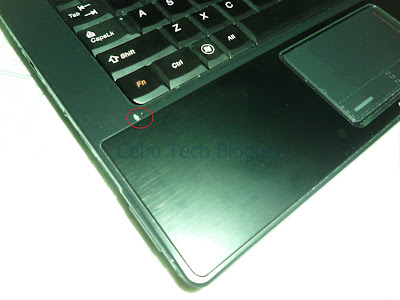 Moving to the upper area of the keyboard estate is the built-in stereo speakers. Between the keyboard and the speaker are several functional buttons. 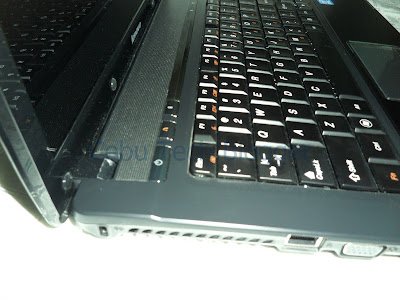 On the left-most are the power button, the OneKey Rescue system button, and the Energy Management button. In the opposite side is also a row of indicators for volume and camera mode. 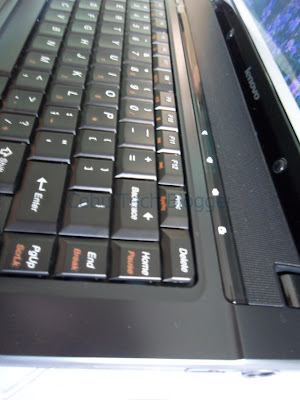 Viewing the Lenovo G460 on the left side is where you can see several slots. On the left-most section is the Kensington slot where you can attach security lock/cords. 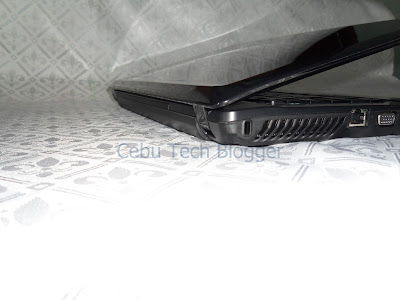 Moving to the right is the Fan louvers, the RJ-45 port, VGA port, USB, USB combo port or eSATA, and HDMI port. Above the HDMI port is the ExpressCard slot, basically for ExpressCard-supported devices. 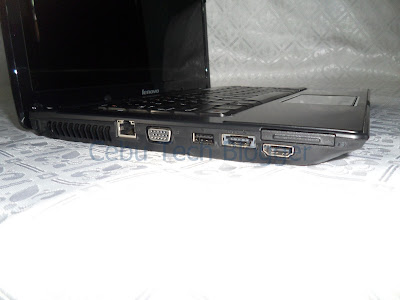 On the right side of Lenovo G460 are the AC power adapter jack on the right-most portion, and another USB port on the left of the power jack. 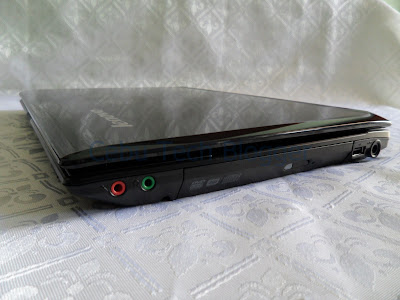 There’s the optical drive at the center, and the Microphone and Headphone jacks on the left. 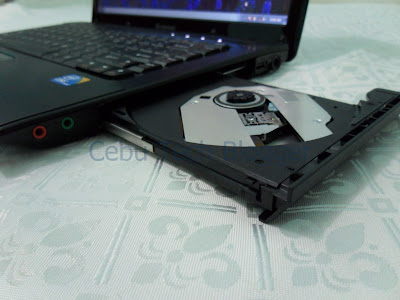 On the front area is the switch for the integrated wireless device, system status indicators beneath the touchpad, and memory card slot on the right-most. 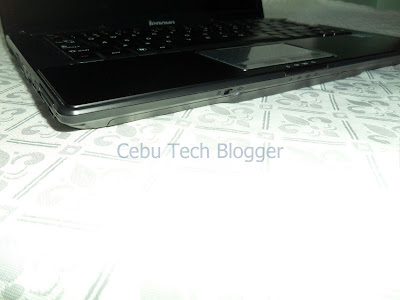 At the bottom, is the compartment for the battery, mini PCI Express Card slot, HDD/Memory/CPU compartment, and SIM card slot for using Mobile Broadband. 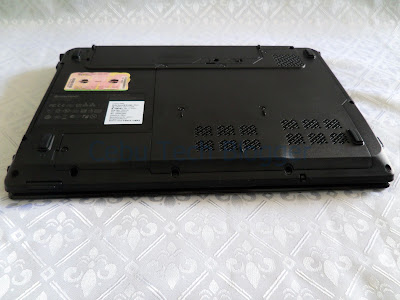 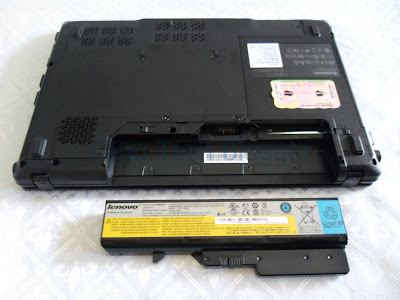 The current setup of this laptop, which basically the same setup you will find in stores unless you customize it, will give you a base score of 4.0 for its Windows Experience Index.

The base score is determined by the hardware component with lowest sub-score. In this case, it’s for the integrated graphics- not pretty bad for premium entertainment and multimedia laptop though.

The processor performs better on this setup. I used to Core i5 laptop which has several features for optimized speed and performance like Turbo Boost technology, among others. Though such features are not available with this setup, I don’t think you can’t do lots of stuff with this buddy.

Though prices vary from different stores, the G460 rig is in the range of Php 32,000 to Php 35,000 or even higher according to your preferred setup.