Though there’s already a cracking software for the Mac App Store called Kickback, which is expected to be out in the coming months – the release of the Mac App Store today with more than 1000 decent apps, didn’t stop pirates from releasing guides and tutorials on how to install paid apps at no cost. 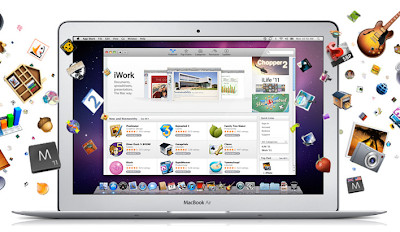 Though we are not sharing the link here (posted link in the comment section will be deleted), the steps on installing non-purchased apps are just as easy as the pie.

Users only need to install the latest Snow Leopard version (10.6.6) as required to get the Mac App Store, and then download a free app like Twitter for Mac. Some files from the Application folder of the free app only need to be copied to a specific folder of the paid apps downloaded via torrents or other file sharing sites. The process tricks Apple’s Mac App Store receipt validation, which will allow users to run applications even without purchasing it.

Surely, Apple will patch this hole (or it is?) in no time – but it’s just quite interesting some users would benefit from it before Apple takes any action. What ‘ya think?

Disclaimer: Cebu Tech Blogger doesn’t promote software piracy. We are posting this information for educational purposes only, or some sort of news to get the attention of Apple as well as the app developers.