It’s only few more days to go until “The Social Network” movie hit the theaters.
You’ve probably been anxiously awaiting for its release this October 1st, but before you take a glimpse of the entire movie – you might want to hear that Mark Zuckerberg will only not be featured in a movie, but also as a hero or villain in the upcoming comic book. Bluewater Productions will be publishing a biographical comic book called “Mark Zuckerberg: Creator of Facebook”, come December this year. The said comic book is a 48-page giant sized and is priced at $6.99. 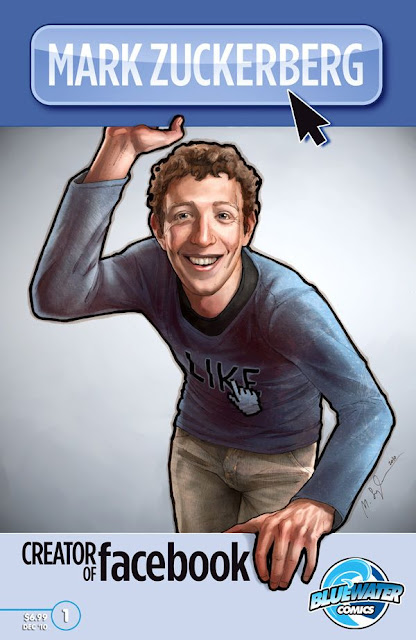 We know Mark Zuckerberg by name, but we don’t exactly know who this guy really is. “The Social Network” movie could be one of the most exciting movies to watch this year, especially for those who are engaged to social networking, or those who have been making use of Facebook. Though the movie won’t give us the entire story of Zuckerberg’s life, it would be an enormous chance to know the rest of the tale from the comic book.

“This is a fascinating story. I enjoyed researching it because it’s extremely compelling. Think about it. Mark Zuckerberg is the youngest billionaire on the planet and created something that has already had a profound impact on the world. Yet hardly anyone knows much about him. It’s amazing.”

Whether you are a fan of Mark Zuckerberg or not, you would love reading this book. Just my two cents. What do you think?