Share this on social:
It was just yesterday when I discovered this bug in my iPhone 4 running iOS 4.3.5. I was about to tether my phone’s internet to another device when I noticed the Personal Hotspot feature was missing.

Personal Hotspot which first came with iOS 4.3.3 allows iPhone users to share internet connection to another device via USB, Bluetooth, or Wi-Fi. This feature may not be available in all devices around the world though since it’s carrier-dependent, that is – your carrier must support tethering.

Here in the Philippines, iPhone’s official carrier Globe Telecom actually supports tethering, the fact which I confirmed again when I switched to Globe’s all-new My SuperSurf plan just recently. I’ve been using Personal Hotspot since then not until yesterday when I discovered such feature vanished completely. 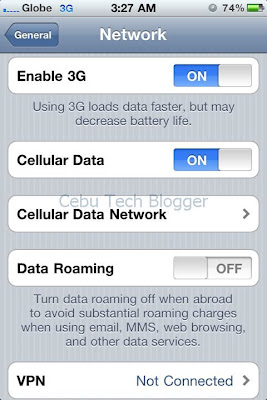 So how did I fix it? Well, it’s actually just a few taps in the phone which involve resetting network settings. If you’re into similar problem, you can follow the steps below.

From your iPhone springboard, launch Settings. 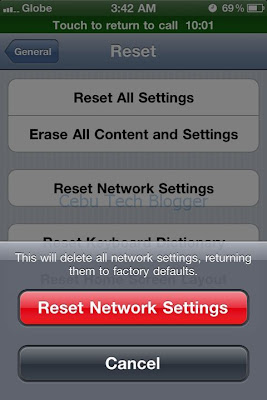 Wait until your iPhone reboot. 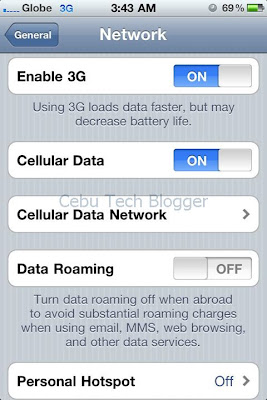 Once done, go check out your Network settings (Settings>General>Network) and there the Personal Hotspot feature is already restored.