Share this on social:
We’ve seen that first flying car called Terrafugia Transition, and so does the self-driving car from Google.
In this era, cars have been engineered to equip sophisticated technology, and the good thing is – it leaves more space for other enthusiasts to innovate software applications that will make cars even better. And that’s what a Chinese computer programmer and electronics enthusiast, An Jiaxuan, did to the BMW 1 Series Coupe. 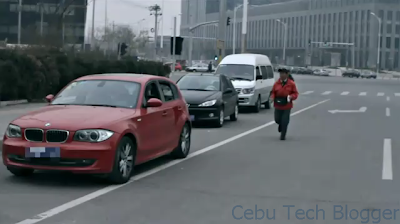 Together with his friend, An Jiaxuan created a software application for Nokia C7 (a Symbian^3 smartphone powered by 680 MHz ARM 11 processor, with 256 MB RAM and 1 GB ROM) that will control several gadgets remotely. He wrote the codes in 20 days and has been tested on seven separate response and compatibility tests. But the ultimate quest doesn’t end there, which is controlling a BMW car using the device. And the end result? A fully working Nokia C7 as a remote control for BMW 1 Series! Watch the video after the break.

To receive latest technology updates, you can subscribe either by E-mail or by RSS Feeds. Follow me also on Twitter.
Tags: Cars, Nokia Philippines, Nokia+C7, Terrafugia Transition