Share this on social:
It didn’t take any longer for the Nokia E6 to arrive here in the Philippines, officially. 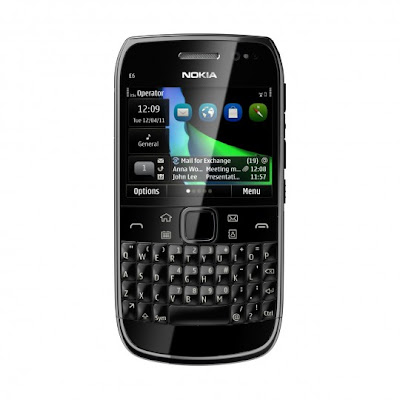 As expected, the Nokia E6 is now available in Nokia Concept Stores across the country at a suggested retail price of Php 17,820.

Announced back in April this year together with Nokia X7, the Nokia E6 is among the first two handsets to run the latest version of Nokia’s mobile operating system, the Symbian Anna. Nokia E6 is the refresh of Nokia E71 and E72 which features a higher screen resolution, higher memory, and better connectivity options than its predecessors. With a full QWERTY keypad, the Nokia E6 also shows off a 2.46-inch capacitive touchscreen display for faster navigation and operation.

Like the Symbian^3-powered Nokia E7, the Nokia E6 is also a business-centric smartphone with access to MS Exchange, MS Communicator Mobile, and MS SharePoint.

If you’ve been eyeing the availability of this smartphone, then it’s now time to visit your nearest Nokia store.

To receive latest technology updates, you can subscribe either by E-mail or by RSS Feeds. Follow me also on Twitter.
Tags: Nokia Philippines, Nokia+E6, Symbian, Symbian+Anna