Share this on social:
We know the Nokia N9 is coming here in the Philippines following its official launch in Finland late September, and I believe this Meego-powered smartphone will be released in the country this month. 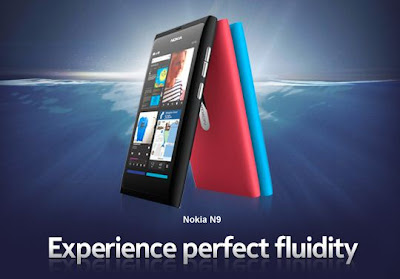 My prediction is based on the fact that the Nokia N9 is available in Singapore starting today through Globe Telecom’s mother company, SingTel. Though this may not be of any indication Globe Telecom will have exclusivity of the handset, at least Singapore’s proximity to the country could be a hint of the handset’s landfall in our shores. Nokia isn’t Apple, right? That is, when a new Nokia phone is already in SG – great chance Pinoys also have it without long delays.

Here’s the message that went through CTB’s inbox earlier today:

We are happy to announce that the New Nokia N9 is now available in Singapore. Meet Nokia’s new and bold all-screen smartphone where everything’s just a swipe away. Smooth, intuitive and seamless, it makes you wonder why smartphones aren’t made this way.

Oh yeah, I believe it’s Meego OS that gets me excited!

So, for CTB readers and friends somewhere in SG – in any case you’re interested of grabbing the Nokia N9, just head over to singtelshop.com via the link:

And before I end this post, here’s the great deal Nokia prepped for you: If you purchase a Nokia N9 from SingTelShop.com, you’ll get a FREE Nokia PLAY 360 speaker worth S$248. Not bad really considering the Nokia Play 360 is among today’s coolest portable speakers and if I’m not mistaken, the first from Espoo to leverage NFC technology.

Will Nokia Philippines give us the same offer when the N9 made its way to SMART or Globe Telecom? I guess so. Of course we’ll uncover that one so just stay tuned! Oh, by the way, you may also interested reading out price guesstimate for Nokia N9 when it hits local stores.