Share this on social:
Our friends over at Espoo just announced the Nokia N9 is already heading to stores starting today, of course with an expected landfall in the Philippines soil, well, if I have to throw a wild guess — sometime in October. 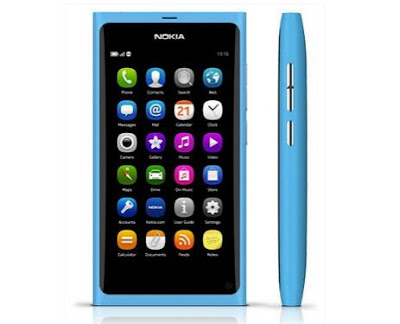 Just in case you missed it, the Nokia N9 is a Meego-powered smartphone announced during this year’s Nokia Connection event in Singapore. It’s the first handset I’ve ever seen to feature an all-screen display in the frontage, that is, a 3.9-inch AMOLED display without a Home button. It got a pretty decent 8MP shooter with Carl Zeiss lens, 1GB RAM, an optional 16/64GB storage, and 1GHz ARM Cortex A8 processor and PowerVR SGX530 GPU packed in an OMAP3630 chipset. Also under its hood include the 3G radio, aGPS, Wi-Fi, USB OTG, NFC capabilities, front camera, and 1450mAh power source – all housed in a polycarbonate unibody construction.

The Nokia N9 has Euro price tags of EUR 480 and EUR 560 for 16GB and 64GB, respectively, before applicable taxes or subsidies. So I guess based on the current ex-rates, Nokia Philippines will introduce this handset starting at Php 28,200 for the 16GB variant and Php 33,000 for the 64GB model. We still have to confirm the official prices from our Nokia friends though, at least by now you already have an idea how much to prep to get this device. Stay tuned!

CES 2014 Round up: Amazing Laptops and PCs Worth Checking Out!