Nokia lent CTB another handset for review, this time an entry-level Nokia X3-02. I’ve been using the handset for more than two weeks already and it’s a great experience trying another Nokia phone running Series 40 platform. Released in September last year, the Nokia X3-02 is a Touch and Type phone with a candy bar and lightweight form-factor.

It’s already available in Nokia stores here in the Philippines and if you thought of getting one, I suggest you read my review first to help you decide whether this phone would fit your lifestyle.

When I get to hold the Nokia X3-02, its build reminds me of my Nokia 8250 when I was still a sophomore back in 2002. It’s very portable, lightweight, slim, easy to hold, and fits well even in small pockets. The Nokia X3-02 is originally inspired by its predecessor, the Nokia X3, just that it got a wider display (2.4-inch) and no vertical-slider mechanism to reveal the keypad. 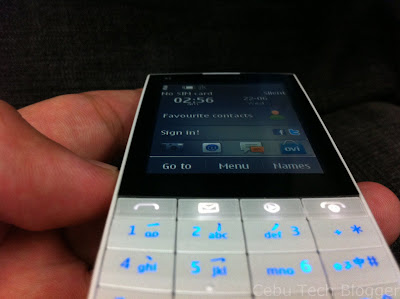 Nokia X3-02 comes in to fill the gap of available mobile phones, that is a candy bar handset featuring a keypad with dedicated keys for instant player and messaging access, and a touchcreen complementing for the entire Touch and Type experience. The lower portion in the frontage has been trimmed, making it look stylish. 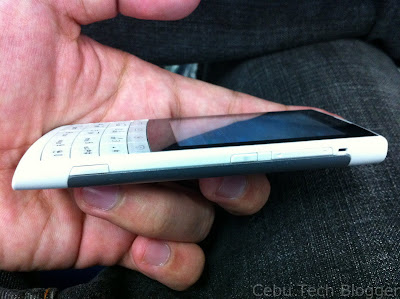 There are no functional buttons in the curvy sides except for volume control and lock switch in the upper right. 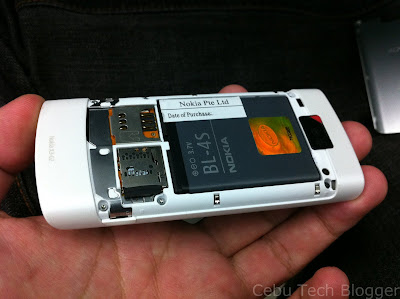 The back is designed with brushed aluminum cover which can be removed by pressing the notches in both sides, and pushing the cover back to reveal the phone’s battery, MicroSD and SIM card slots.

There’s the 5MP camera and Nokia decided to have the connectivity ports at the top including the 3.5mm AV, microUSB, and charger ports.

Nokia X3-02 touchscreen provides quick access to the popular features of the phone. The Home screen is customized with Favorite contacts, the Communities client, and quick access to several apps like Email and Chat, camera, and Ovi Store.

The Communities client is for social interaction in which users can access their Facebook and Twitter accounts easily. Applications are available from the Menu, but users can download more apps and games from the Ovi Store. I downloaded 2 apps (check out Apps for Series 40) to test the phone’s Wi-Fi and it works seamlessly, thanks to its WLAN 802.11n support.

Using a Touch and Type phone is easier when you’re used to keypads. Most of the tasks in Nokia X3-02 like sending SMS and Emails, updating Facebook and Twitter, and etc. can be done through the use of the physical keypad, while other functionalities are available in the touchscreen. That basically explains that you need to use both most of the time, hence the name Touch and Type. 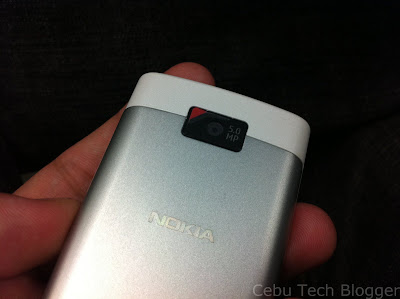 For photography aficionados, the 5MP fixed-focus camera on Nokia X3-02 probably won’t suffice. I must admit that I’m not really good in cameras, but with basic knowledge in photography – I would say that it can only take decent shots if there’s enough amount of light. Without flash or any way to have higher film speed (ISO), still images in low-light condition using the phone’s camera is not really that much impressive. The camera is capable of recording videos though, but it’s only limited to 5-seconds per video. 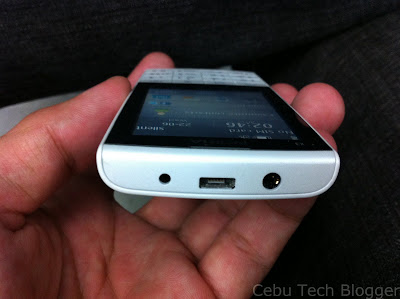 The audio is great. I tried playing MP3 files and it’s good the phone’s music player supports shuffle and repeat modes. There’s an FM Radio too, though it requires a headset as antenna – you can actually hook a portable speaker. I used my iTour-Pop speaker and it’s a perfect match.

Another thing I liked with Nokia X3-02 is the USB connectivity. With USB On-The-Go support, you can connect any USB drive to transfer files from the phone, a great help when you’re running out of mass storage. The phone can also be charged through the USB port.

Though I haven’t tested the phone’s battery life in different cases, charging it just once in a week (less calls) is an indicator the 860 mAh power source inside is more than enough.

To receive latest technology updates, you can subscribe either by E-mail or by RSS Feeds. Follow me also on Twitter.
Tags: Gadget Reviews, Gadget+Reviews, Nokia Philippines, Nokia+Touch+Type, Nokia+X3-02, Product Reviews

Free iPhone Video Converter for Mac and Windows from iSkysoft