Share this on social:
This serves as an update for those who have been waiting for the arrival of Nokia X7 here in the Philippines.


The entertainment-centric Nokia X7 was announced back in April, and it’s already available locally with a suggested retail price of Php 21,275. I personally saw the handset being displayed at Nokia stores in SM Cyberzone, and I’m sure it’s also available in Ayala Center Cebu as well in other gadget stores in the city.

Interestingly, Nokia did score once again a cameo of Nokia X7. The X7, together with other latest Nokia handsets, appear several times in the third installment of the fictional movie, Transformers. Although one couldn’t easily identify the models of the phones in the movie. 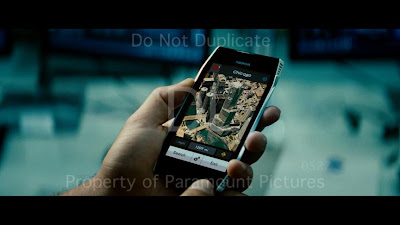 The threequel, Transformers 3: Dark of the Moon, features Nokia Ovi Maps in 3D on Nokia X7 running Symbian Anna. I’ve seen the movie at SM IMAX last night and it reminded me when Nokia also showed off Nokia N8 in Tron Legacy. Transformers 3 is a great movie, folks. I recommend you to watch it.

To receive latest technology updates, you can subscribe either by E-mail or by RSS Feeds. Follow me also on Twitter.
Tags: Movies, Nokia Philippines, Nokia+X7, Symbian, Symbian+Anna

Consumer Reports: No to iPhone 4!