Share this on social:
This one is different, really. With the resemblance of Nokia N8 or Nokia E7, the nifty design of the Nokia X7 reminds me of the fictional Transformer movie.

Or if TRON Legacy would have another remake, I’d bet the X7 could be the best hacking device of choice, against all other Nokia handsets available to date. 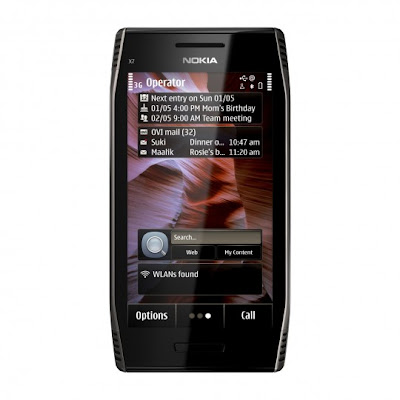 Anyway, the Nokia X7 is the second Symbian Anna smartphone announced together with Nokia E6. If the latter targets business people, the Nokia X7 is an entertainment-focused Smartphone. It flaunts a 4-inch AMOLED display (the first 4” in the entertainment phone category) and an 8 MP camera capable of recording HD videos. The camera though is fixed-focused like the E7, which is quite disappointing at least for those who prefer using an auto-focus camera. The X7 is powered by the same 680 MHz CPU and 256 MB RAM as we’ve seen on Symbian^3-based Nokia E7. And since the X7 was designed with game enthusiasts in mind, the handset will come pre-loaded with the popular Galaxy on Fire HD and Asphalt 5 HD games.

Check out the Nokia X7 photos and intro video below for your viewing pleasure. 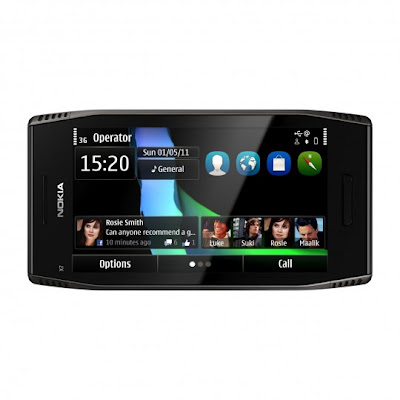 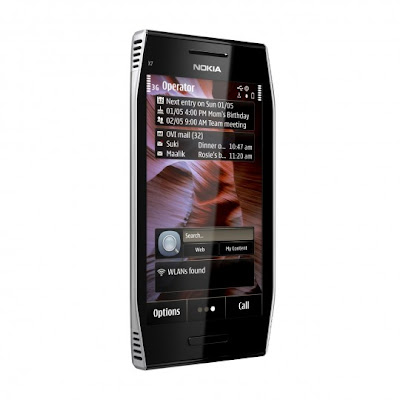