Share this on social:
Finally, the latest version of Norton 360 sent to me last week for review is already here. But before I publish the full review of the software, let’s check first what you’ll get in the package. 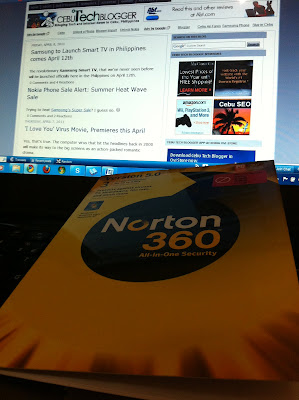 By the way, what I have here is the Norton 360 Version 5.0. Basically, it’s within the same pack as the Norton Internet Security 2011: there’s the CD installer and license product key, enclosed in a shiny Norton cover with detailed product information printed on it. 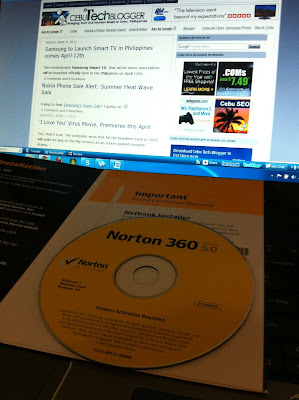 To give you a quick preview, Norton 360 is actually a more advanced or should I say an upgrade of NIS 2011 – with add-on features built to it that are missing on the latter. One thing I’m excited about is whether the recent anti-malware comparison test conducted by the folks at Dennis Technology Labs is really true or not. Just in case you have no idea yet, Norton 360 Version 5.0 is claimed to achieve 100% accuracy score at least on defending system threats. Check out page 4 of this test report.

Unlike NIS 2011 I previously installed, Norton 360 supports up to 3 PCs in a single purchase; could be a better deal for a true value for money, as far as maximum number of installations is concerned. Although, both have an option good either for 1 or 3 installations, of course with price variations. Norton 360 works in Windows, and if your system’s hardware setup qualifies for NIS 2011 installation – and so with Norton 360 Version 5.0.

I still have to test this anti-virus on my PC in a week or two prior to publishing the final review. As usual, I’ll keep you posted.

Thanks to Symantec’s PR here in the Philippines for sending this in. J

Made for PlayBook Accessories Are Awesome, yet Too Girly and a Bit Pricey