Yeah. I heard last Monday about Apple announcing its financial reports for the 4th fiscal quarter this year. Well, congrats for having the best quarter – a whopping profit of $4.31 Billion on $20.34 Billion revenue. 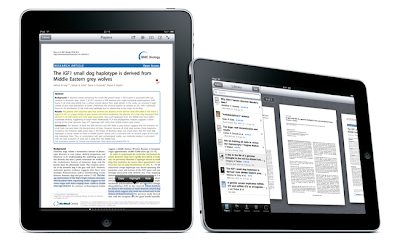 Silly I ignored the rest of the story, not until I heard that the rumored 7-inch iPad won’t be coming to stores anymore. Yes, you read it right. Steve Jobs, himself, admitted that they are not going to make the device.

Commenting on avalanche of tablets heading to market. Just a handful of credible entrants. Almost all use 7″ screen, compared to iPad at nearly 10″ screen. 7″ screen is only 45% as large as iPad’s screen. Hold an iPad in portrait view and draw a horizontal line halfway down. What’s left is a 7″ screen…too small. There are clear limits to how close elements can be on the screen before users can’t touch accurately. We believe 10-inch screen is minimum necessary.

We’re not not making a 7-inch tablet because we don’t want to hit a lower price point. We’re just believe it’s too small to hit the user experience people want. When we make decisions, it’s not about cost, it’s about value when you factor in the software. We’re all about the best products at aggressive prices.

Well, we’re fine with that- I guess. So, what’s the next iPad? Let’s see… [via Mac Rumors]