There is an embroiled issue surfacing out which is a pain in the neck and has been the town’s talk in the blogging planet recently.

It pertains about DTI’s demand for bloggers and the like of micro-blogging and social networking aficionados to acquire Sales Promotions Permits for their promotions, giveaways and raffles, etc. This is a hefty undertaking that must be perceived with clearest of discernment from both parties involved. Feedbacks and reactions of distinctive taste have been addressed to taking assumptions and the various issues rolling out on these so called promotions. 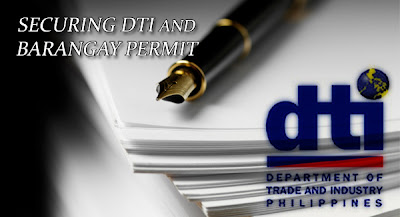 Now, the legal cry has commenced due to the uncertainty of the agency’s policy. Latterly, an open discourse and task analysis was brought up by the all-encompassing parties who took part for a promotion of mutual perception behind this matter. The discussion were spearheaded by DTI, members of the Philippine blogosphere, members of the Digital Filipino club, web publishers, big brand advertisers, and IMMAP members and directors, with a remarkable figure in attendance from different parts of the industry.

The business agency painstakingly adhered to its trade rule and guidelines for good. Their explanation has been explicitly anchored to a 2-decade old stipulation of which they are bound to regulate which include the sales promotion and permit to conduct as such. Nevertheless, looking to the genre of the circumstance, there are things on the other side of the fence to be considered also. It needs an amendment sort to fully accommodate the broadly diversified media and marketing field as well as in terms of eligibility.

The Consumer Act of the Philippines and its provision, due to its outmoded posture, has made lapses and conflicting welfare in its scope of consideration as recited by IMMAP or Internet and Mobile Marketing Association of the Philippines, in their response to this matter. DTI needs to embrace the changes that have been adapted to the market circle and for them to achieve such, they need to review and make changes also to their provisions and protocols for a well-concerted flow of interest to happen. It’s very true, operating a millennium economy based on a 1992 regulation does not make any sense. It needs human touch to reform such, and that is the wisest move for them to acknowledge.

Calling it as a physical symbology of recognition to a regulation, we certainly comply with it but it is our prerogative and sole discretion to proofread its provision as to how well it really behaves and interferes our interests and work line to keep the best interest over and above. We needed regulations for us to see how deviated we are from the standard set up and also to gauge our compliance.

Surmising it, bloggers are very well swayed and stirred with this issue because it is not just a hindrance to their passion of insight publications but also a disturbance to their ethics of goodwill. Bloggers do what it takes to create a stream of traffic, and it takes initiative and instinct though to do it. It’s not totally money that works, it’s ones creativity that does the action.

For now, you can tell the ideals of a nation by its advertisements and very well regulated by a government, a government that does not want competition. But, there is always that inevitability of change, and it is for us to exploit and capitalize for goodwill.

To receive latest technology updates, you can subscribe either by E-mail or by RSS Feeds. Follow me also on Twitter.
Tags: Blogging, DTI, Globe CMEA Entry

Nokia and Microsoft – Another Business Deal