Share this on social:
Sony Computer Entertainment America LLC (SCEA) has finally announced the official launch date of the PlayStation Vita outside Japan. 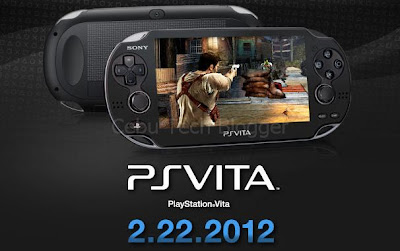 The PlayStation Vita will ship in the US, Canada, Europe, Australia, and Latin America beginning February 22 next year. No word yet when this handheld console will land specifically in the Philippines, but I believe we also can see this in local gizmo stores following the same schedule.

For those who are new to PlayStation Vita, it’s Sony’s next generation mobile gaming device featuring a multi-touch, 5-inch OLED display, a rear multi-touch pad, 6-axis motion sensors and dual analog sticks to provide new ways to play and engage with the gaming experience. You can learn more about it from here.