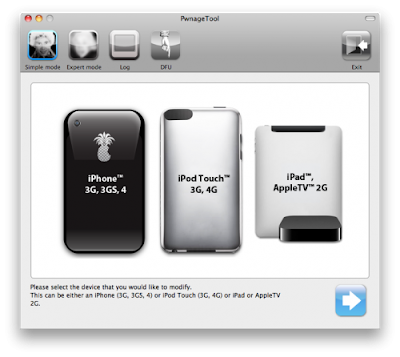 The Dev Team says they released PwnageTool 4.2 since Apple has already patched the exploit in the latest iOS 4.3 betas, and the move really makes sense. PwnageTool is dedicated only for Mac users; however, its Windows-equivalent, the Sn0wbreeze 2.2, is also under way. For the meantime, go check out the download link below after the break. [via]

To receive latest technology updates, you can subscribe either by E-mail or by RSS Feeds. Follow me also on Twitter.
Tags: Baseband Unlock, iOS 4.2, iPhone, Jailbreak, PwnageTool, Tech News