Share this on social:
Even during the advent of the first iPhone, Cebu is already one among the key cities in the Philippines with decent number of Apple users.

In fact, I’m not surprised when I see people still using earlier generation of iDevices. An Apple gadget is undeniably great! The problem though is when these devices got into trouble and you realized something in the hardware might have messed, and that you need an experienced technician to dig inside. Unlike with any other electronics and gadgets, availability of experienced repair technicians for iDevices is rare. And this could be a dilemma if you’re looking for one like what a fellow Cebuano is concerned about. 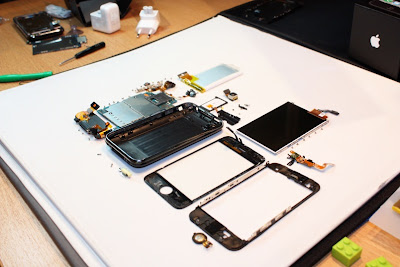 Philip, just another Cebu-techie, once stumbled on this blog and asked for a recommendation of repair shops specializing iDevices. I asked his permission to publish his query which reads:

Do you know of any trustworthy shops in Cebu that repair iPod Touches? You’re a tech-blogger, and I noticed a few articles about iPhone-related stuff like unlocks and apps, etc. so I’m hoping that you’d know of at least one shop that specialize in iDevice repairs.

My iPod Touch is over a year old, and I never had any serious problems with it until a little over a week ago. It’s jailbroken because of the customization capabilities; while it did randomly crash on me because of buggy Cydia tweaks (or conflicts), it never reached a point where it would no longer boot up. I’ve had my fair share of iPod Touch crashes (boot loops, stuck on the boot logo, springboard crashes, etc.) and I’ve always been able to fix them by myself. This time, it no longer responds to anything I do with it (believe me, I’ve tried), which is why I’ve concluded that it’s a hardware-related issue.

It just refuses to turn on now. Even if I plugged it in to its charger, it doesn’t charge-up anymore (in comparison, when my iPod Touch wouldn’t turn on before, when I plugged it in, I could tell it was charging itself because the backside of my iPod would heat up a bit. A couple hours later, it’s back to normal). Now it’s just completely cold, no matter how long I leave it plugged in.

I’ve described my problem online, and someone told me it sounds like a faulty logic board. I’m familiar with iDevice software problems/fixes, but I have no experience with the actual hardware. Someone also said the battery probably got fried and will need replacement, but I haven’t been able to find anyone who fixes iDevices (also haven’t found a shop that carries legit iDevice spare parts like replacement batteries). So far, I’ve only found shops that help fix software-related issues (the kind of stuff I can fix myself); most aren’t willing to even just open up the iPod Touch and examine the innards to give the problem a proper diagnosis.

If you know of a place I can have my iPod Touch examined and/or repaired, I’d really appreciate it. It’s a 3rd generation iPod Touch, by the way. I know it’s kind of dated, but I’m the type who hates throwing out “bigger” gadgets. If there’s still hope to fix it, I’d rather get it fixed than get a newer model…so long as the expenses for the repairs make sense.

Well, it looks like you really have a quite complicated problem with your iPod Touch. But since I’m not going to tackle how to fix your device (it could be another post), I’ll just response to your main question.

Unless I’m missing one, the answer is NO. Most repair shops here in Cebu are actually not affiliated by Apple. And those premium Apple resellers in the city don’t accept hardware repairs. They just send the devices back to the vendors.

I know of shops in E-Mall which accept repairs of iPhone and iPod Touch devices, but for your own protection – I won’t recommend them since I’m not really sure regarding their expertise. But if you’re interested, I can refer you to a friend of mine who’s known much locally, particularly in Istorya.net, as an expert in repairing iDevices. He’s actually an Engineer, who happened also to be an officemate of mine.

But of course we can ask for our friends and readers here in CTB if they know of a repair shop here in Cebu that accepts iDevices. Just leave a comment below to list one or two.

To receive latest technology updates, you can subscribe either by E-mail or by RSS Feeds. Follow me also on Twitter.
Tags: Ask+CTB, iPad, iPhone, iPod Touch, Tech News