Share this on social:
Research in Motion (RIM) just kicked off its BlackBerry World 2011 event the other day and one of the highlights so far is the revelation of the new smartphones in the Bold lineup: the BlackBerry Bold 9900 and BlackBerry Bold 9930. 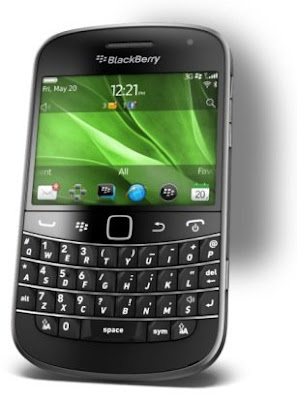 These devices will be the first to run in the new BlackBerry 7 OS, which RIM says “provides an easier and faster user experience with improved browsing, voice-activated searches, the ability to manage personal content separately from corporate content, as well as additional personal and productivity apps out of the box.” It also brings HTML5 support and the new Just-in-Time (JIT) JavaScript engine to the browser. The BlackBerry 7 OS could be the last software update to power future BlackBerry handsets before the Canadian smartphone maker fully takes on the QNX OS. Unfortunately, BlackBerry handsets already out in the market won’t be able to upgrade to BB 7.

Here’s what you’ll get from these new BlackBerry Bold smartphones:

RIM says that the new BlackBerry Bold 9900 and 9930 smartphones will be available in all carriers around the globe comes summer, so expect these handsets to land in the Philippine shores some time in Q3.

Have a quick look of the video demo of BlackBerry Bold 9900 and 9930 after the break.

Martin Cooper: The Inventor of Cell Phone who gave up his iPhone for Droid