Share this on social:
Seems like we’ve got another legit photo of the Samsung S5830. But this time, this Sammy breed which is an iPhone 4 look-a-like emerged with a new name as the Samsung Galaxy Ace. 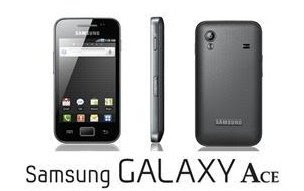 Yes, it’s pronounced as “ayss”, just homonymous to our favorite Samsung Galaxy S. But don’t worry Thailander friends, you still probably get it as “Samsung Galaxy Cooper”. At least that would remind everyone of the legendary Martin Cooper who just switched to Droid, giving off his iPhone almost a year ago. Oh, that’s non-sense. Anyway, only the Mobile World Congress can tell which is set to take on next month in Barcelona, Spain. Surely, we’ll let you know what cool name this yet another Froyo device officially get. Stay tuned!

Nokia N9 Gets Official: Specs, Features, Photos, and Videos – Check this Out!