Share this on social:
So we got it officially after having a quick preview while still on its way coming to existence at MWC 2011, introducing Samsung’s premium smartphone for 2011 – the Galaxy S II. 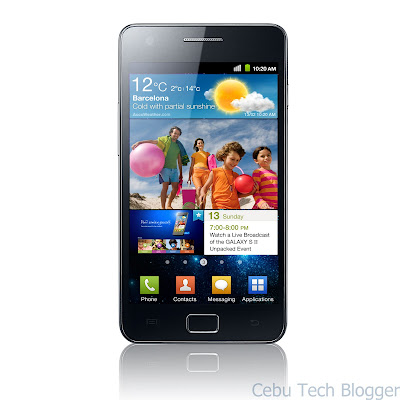 As the successor to the record-breaking Android flagship, the Galaxy S – the main focus of this bad boy is on speed, screen, and content. Sorry Galaxy S users, you could probably upgrade to Gingerbread – but we can’t deny the fact that Galaxy S II, specs-wise, is amusingly drooling and this could be your only way to getting the latest Android flavor in the Galaxy line up. 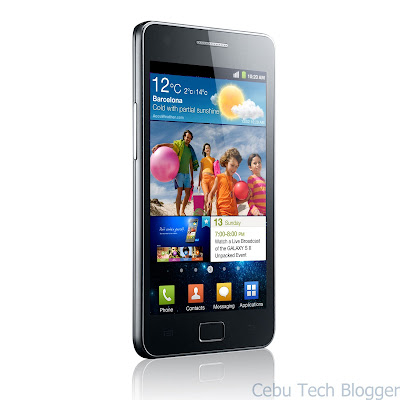 Claimed as the thinnest smartphone to date at 8.49 mm thick, knocking Xperia Arc and Optimus Black off the “slimmest” record, the Galaxy S II flaunts a 4.27-inch Super AMOLED Plus display, attracting attention for being energy-efficient (as Sammy says) while it can offer resolution of 800 x 480 pixels, bundled with a customized interface – the TouchWiz 4.0. With Galaxy S II, indulging the social circle is easier with its access to Samsung’s Music Hub, Game Hub, Reader Hub, and Social Hub. 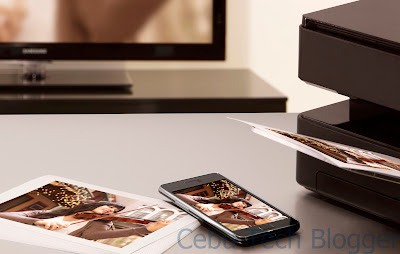 At home, on the move, or at work – Galaxy S II could fit any lifestyle. It features Kies Air, allowing users to manage their smartphone contents from their PC, via local WiFi connections – thanks for the Wi-Fi Direct support. Plus, it comes with business solutions including enhanced conferencing and connectivity services from Cisco, mobile implementation of Microsoft Exchange ActiveSync, and secure remote device management from Sybase. 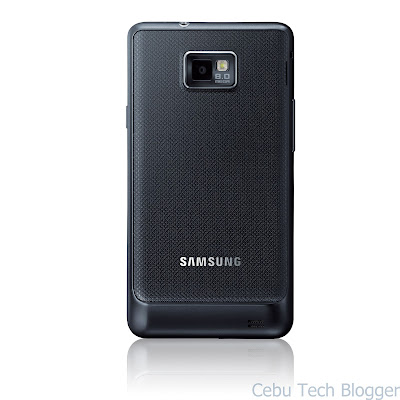 The Samsung Galaxy S II is powered by a dual-core processor at 1 GHz, presumably the recently-announced Exynos chip. Full specs and features after the break.

Samsung Galaxy S II will be coming to European and Asian markets come later this month or before this quarter ends. No pricing details yet, but surely I’ll let you know. Stay tuned!

Update: Samsung GALAXY S II is already available here in the Philippines with a SRP of Php 29,990.

To receive latest technology updates, you can subscribe either by E-mail or by RSS Feeds. Follow me also on Twitter.
Tags: Android 2.3, Mobile+World+Congress+2011, Samsung Philippines, Samsung+Galaxy+S+II, Smartphone

RIM (Research in Motion) Renamed the Company as “BlackBerry”

Samsung Comes Out With Galaxy of Wishes Promo! Get the Galaxy Phones and Tablets at Discounted Rates!